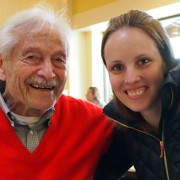 This weekend we met with a good friend of ours for lunch: Professor Emeritus for Russian History and multiple book author Dr. Samuel Baron. Previously we had given a speech to professors emeritus and other retired professionals at Carolina Meadows.

Sam’s inspiring personality, huge life experience, bright mind, exceptional memory, and humor makes every meeting special and let me forget the 60 years age difference that separates us.
This time I asked Sam to share his secrets for a long and successful life. His answer is unbelievably simple. But ALL great things are simple, aren’t they?
1. Exercise 7 days a week. Vary your activities. If you’re really busy – walk to work.
2. Drink a bit alcohol from time to time – even every day, if you like.
3. Maintain an active social and intellectual life – meet people who you really enjoy being with, join a book club, go to the opera, join discussions.
4. Have luck! 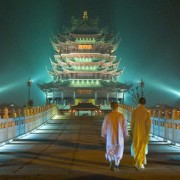 One of China’s key objectives is to transit the economy from “Made in China” to “Created in China” . As costs increase and the Yuan strengthens, moving up the value chain will be of utmost importance in balancing the export-driven economy and securing China’s global competitiveness.
Progress is already visible: R&D spending and patent applications have risen significantly (although some critics attribute much of the latter to “junk” patents). China has already created the seeds of 22 Silicon Valley-like innovation hubs within the life sciences and biotech industries. One of the most impressive of these lies in Zhongguancun in northwestern Beijing – an innovative hotspot populated with countless research centers, tech super-companies, and start-ups.
Leadership has set clear, but challenging targets, which may prove difficult to achieve: to spend 2.5% of China’s GDP on R&D by 2020; to be among the top five countries with regard to number of inventions patented; and to have Chinese-authored scientific papers among the world’s most cited. In contrast to the market based innovation approach of other countries, where R&D is encouraged by taxation benefits and the market determines the winning technology options, the Chinese government has taken an active role in allocating funding to specific industrial segments and technologies. It has implemented a range of policies to enhance innovation,… 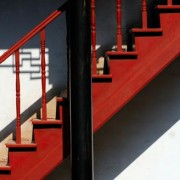 China transformed from a peasant society to the world’s second largest global economy within a single generation. With the opening of the economy and market reforms, entrepreneurial spirit has flourished: State-Owned Enterprises (SOEs) have been privatized, millions of Chinese have started new ventures, and China has taken advantage of its large labor force through low-cost manufacturing. But the PRC has come to a crucial juncture in its economic and social development. The current growth model is unbalanced towards exports and not sustainable in an environment of rising input costs. Thus, China’s growth in the next decade will depend on the country’s ability to move to the next stage of production through innovation and enhanced productivity and higher consumption through social stability.

Reform via a step-by-step approach

In order to maintain close control over this economic development, Chinese leadership first invoked a step-by-step approach to reforms, or as often summarized by the famous expression, “cross the river by feeling the stones”. On a trial and error basis, special regions were chosen for reform. If the reforms worked, they would be applied to new areas; if they failed they would be abandoned. This approach continues to this day.

The first economic changes, begun in the late 1970s, consisted of agricultural decollectivization by dismantling rural communes and giving entrepreneurs permission to start up businesses. Shortly thereafter, the area around Shenzhen (Guangdong province) was granted the status of a Special Economic Zone (SEZ) and thereby given favorable policies allowing for foreign trade and investments. 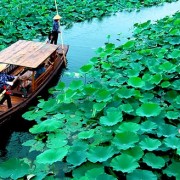 Under the planned economic system, most goods and services were distributed to various places of employment, called danwei. Apartment housing, welfare benefits, and even necessary items like sandals were all rationed in this manner. In general, the consumption of goods was highly regulated through government quotas and ration coupons and special goods such as bikes could only be bought with vouchers. Even if one had the money, no voucher meant no bike. These policies reduced socio-economic inequalities (except disparities between urban and rural regions) but also limited individualism. At the time, most of the population wore similar clothes, sported similar hairstyles, and rode the same bicycles.
Today, individualism has emerged as an important ideal and consumption has become 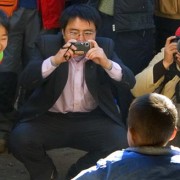 China’s demographics have been largely influenced by the One-child Policy which slowed China’s population boom but also caused a gender imbalance through selective abortions. Today, China is facing the problems of an aging society, as life expectancy increases and birth-rates decrease. This will change the dynamics of China’s workforce and may challenge the competitiveness of their future economy.

Mandated nationwide in 1979, the One-Child Policy restricts Chinese parents to a single child, with limited exceptions. Couples who violate the regulation have to pay high fines and face the fact that their children will not be able to attend school unless the parents pay for it out of their own pocket.
Though criticized for its social implications, the policy successfully slowed down population growth. The One-Child principle has become understood as a necessary measure in Chinese society.
As the percentage of elderly Chinese citizens is growing rapidly, the leadership has begun…