China is constantly plagued by fraud scandals. Anyone, whether only doing business with Chinese companies, managing a subsidiary, seeking investment opportunities or conducting merger & acquisition possibilities needs to be aware of China’s high fraud risks. The strong focus on family well-being, the urge to gain status through accumulation of wealth quickly (→ Social Concepts: mianzi), weak controls and a generally relaxed attitude to fraud seem to drive such actions. Not surprisingly, Chinese pay great attention to building trust in business relationships and checking the partner’s credibility thoroughly.
The main risks can be categorized in four areas: low integrity, corruption, misrepresented finances and the misappropriation of company assets. Managing fraud risks is… 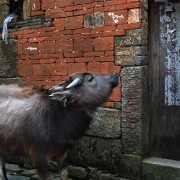 The term hukou (pronounced who-koh) refers to China’s household-registration system, which defines access to welfare. Required by law since 1958, the system records every Chinese citizen as a permanent resident of a particular city or county. Before 1980, citizens were strictly required to stay in the neighborhood of birth and could not seek employment or education elsewhere in the country.
Dating back to China’s ancient ‘class-system’ permits, the hukou system was originally intended to register people and deliver them appropriate social services. A more lenient version of the regulations persists today, requiring any Chinese citizen staying outside of their hukou for longer than 3 months to apply for a temporary residency, involving a working contract and extensive paperwork. Rural migrants desiring to relocate to cities still encounter many difficulties including qualifications and contract hurdles.
“Illegal” rural migrants without a temporary permit, are fully in the hands of their employers… 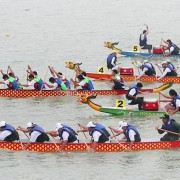 China’s work culture is still strongly influenced by traditional Confucian values, even though newer generations of Chinese employees are beginning to challenge these old standards.
In earlier days, organizations tended to be built on loyalty, or guanxi (→ Social Concepts: Mianzi and Guanxi), rather than merit. The leader would choose staff according to personal and professional connections – people who the leader knew would be loyal. This provided leaders security in their position and ensured that strong subordinates would not attempt to replace them. Many local companies still operate in this manner. The concept may have lost some of its dominance, but personal loyalty still holds great influence in company life and is often valued more highly than company loyalty. Because of this, Chinese companies face a great risk when key personnel leave, since their colleagues often follow suit due to guanxi.
In China, hierarchy and title are highly respected in the workplace. The management style tends toward….